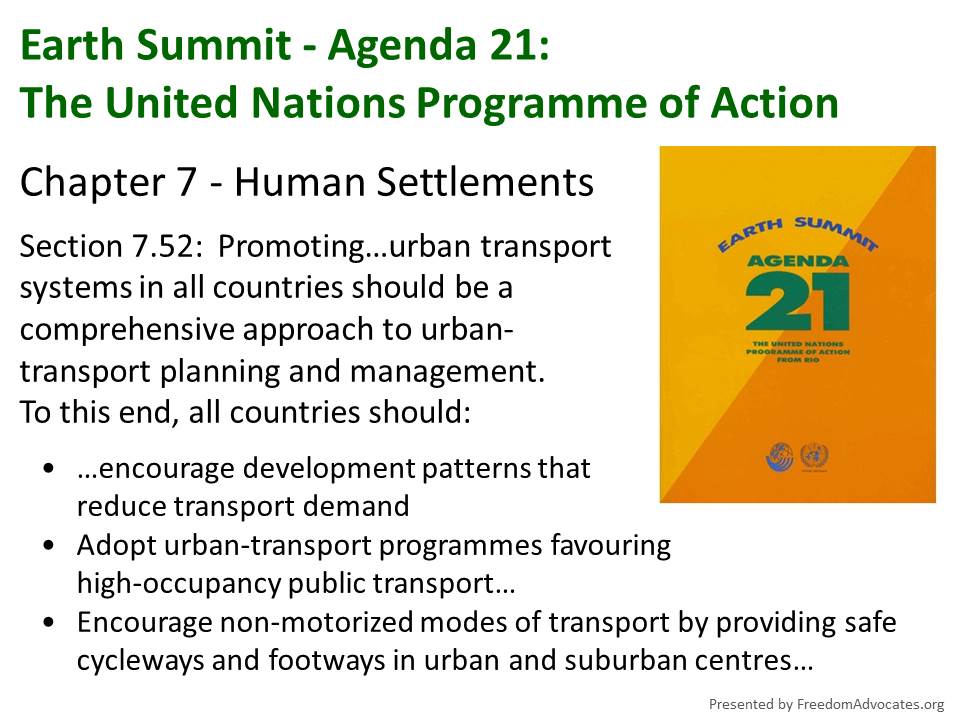 Did you know that some of your local elected representatives are enabling a shadow government to evolve? These people promote the reinvention of government through their support of, and appointments to, “regional” boards that act like soviet councils. These councils are funded to implement Agenda 21. Federal tax dollars fuel their appeal, but your city and county representatives do not have to go along.

Gone are the days when government was limited, where individuals were politically acknowledged to possess unalienable rights, and where money was honest. The American political structure has been transformed. This has occurred quietly for more than 50 years without public awareness of the mechanisms underlying the change.

At the core of this transformation is the political process of “regionalizing” the country. Political regionalism is the antithesis of representative government. Regionalism restructures or reinvents the operation of American government by destroying traditional political boundaries, such as county lines, and ushers in a transformed system of governance that ultimately abolishes private property and the rights of the individual.  Regionalism has infiltrated cities and counties everywhere, affecting transportation, water, farming and land use systems… literally every aspect of your life.

Let’s start with an example showing how Agenda 21 programs are brought into your town via “Regionalism.”

Here is an excerpt from the United Nations’ Agenda 21 document concerning transportation planning: 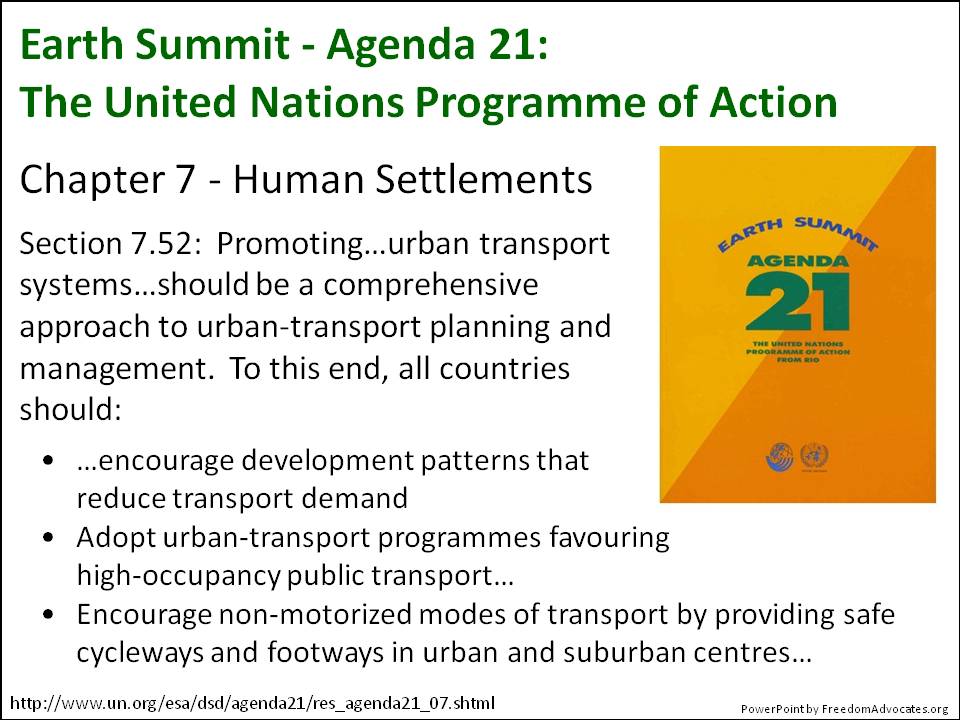 Towns across the country are adopting these transport systems. This is because these systems are imposed upon locales by a regional level of government largely unknown and underestimated.

The large scale version of the U.S. adoption of modern regionalism is a federally imposed extra-constitutional layer of government covering the entire nation.

According to the website of the National Association of Regional Councils (NARC), NARC “serves as the national voice of regionalism through effective interaction and advocacy with Congress, Federal officials and other agencies and interest groups.” NARC’s agenda includes but is not limited to: transportation, community and economic development, environment, homeland security, “regional preparedness,” and community issues…

In addition to NARC, citizens must know about the following regional planning and development agencies that work to implement NARC’s goals:

COGs run your town and your county from behind the scenes. Federal funds allocated to COGs coordinate the local implementation of Agenda 21.

MPOs are federally mandated and, like COGs, are the instruments for restructuring American government. They are setting up an infrastructure for a new economic system based on public private partnership to replace free enterprise.

COGs and MPOs are federalized organizations that break down America’s constitutionally formulated government structure. Their purpose is to control and direct local government from behind the scenes.

Today, they propel the federal injection of the globalist agenda into local government policy and thereby negate the protections afforded by our constitutional system of government. This violation of the American essence and of our natural rights must stop!

In the words of Charlotte Iserbyt, former Department of Education official and author of The Deliberate Dumbing Down of America, “Regionalism is Communism.”

Regionalism promotes soviet style councils that develop policy that is then rubber-stamped by elected officials, with no meaningful public oversight. It is an extra level of government that operates outside the provisions of the Constitution, thus advancing globalist objectives whilst insulating most elected officials. Some elected officials are the appointees to COG management authority.

In short, American regionalism is the instrument used to advance the globalist goals of political restructure:

A leading example of regional control is emerging in the San Francisco Bay Area. There, the COG is known as ABAG, the Association of Bay Area Governments. ABAG, in association with ICLEI (International Council for Local Environmental Initiatives) has launched the “One Bay Area” program. One Bay Area is the local federalized and internationalized plan for the implementation of Agenda 21. This 9 county, 101 city (with a combined population of 7 ½ million people) “regional” plan is designed as a full commitment to the collectivist program of Smart Growth and wild area set asides.

Over the next 20 years 630,000 new residential units are projected by ABAG. ALL residential construction specified by the plan is be multi-family housing. Fully 80% of the planned housing must be within ½ mile of newly designated “transit corridors.” One such transit corridor, El Camino Real, is the major artery from San Jose to San Francisco and is planned to be transformed into a series of government controlled stack ‘n pack smart growth developments. Ultimately all private vehicles will be banned from El Camino.

To accomplish this and much more, the federal government has committed a quarter of a trillion dollars to ABAG’s One Bay Area program! Despite widespread opposition as One Bay Area was rolled out this year, the plan is moving forward pursuant to a shortened and rigged approval process – a sign of things to come all across the country.

ABAG and One Bay Area evidence that government no longer operates pursuant to Constitutional design. As a result, we all lose government protection and defense of unalienable rights.

Regionalism – The Blueprint for Your Serfdom by Michael Shaw, 9/28/2013

This overview of Regionalism originated as part of a larger national speech tour by Michael Shaw in 19 communities across the nation, entitled “The Ultimate War: Globalism vs. America.” Michael Shaw is a leading critic of Sustainable Development, also known as the U.N.’s “Agenda 21,“ which is the Action Plan implementing world government in the 21st century.